Be Skeptical of Articles that don't Discuss the Costs of Microservices

Know what side of the hype cycle you're on 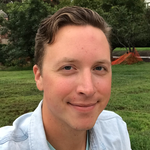 As with most things in technology, everything is tradeoffs. It's tradeoffs all the way down. So when I read an article describing how startup XYZ (which is probably an actual startup but I'm not going to look that up) switched from a "Monolith" to "Microservices" and then proceeds to only talk about the benefits of microservices without ever mentioning the costs of doing so, let's say I'm less than willing to accept it at face value.

Any time an article only presents the pros and doesn't take time to talk about the real cons of maintaining multiple codebases, multiple language ecosystems, versioning, interservice API integration, serialization overhead, n+1 network latency, service availability, deployment and architecture management, you can know with certainty that you're on the hype bus.

Whatever your application needs are, know that when scaling, it can be and usually is much cheaper to scale vertically before scaling horizontally. In this case I mean a monolithic application can be refactored and made faster for a long time before a need for microservices arises. How do you know when you've met that scale? When you can hire entire teams of people to do one item in the list I gave above.